We are delighted to bring you an interview with Owen Burrows. The Kingswood trainer tells us about his career to date from NH Jockey to Kingswood via Sir Michael Stoute and what he looks for at a Breeze Up…. 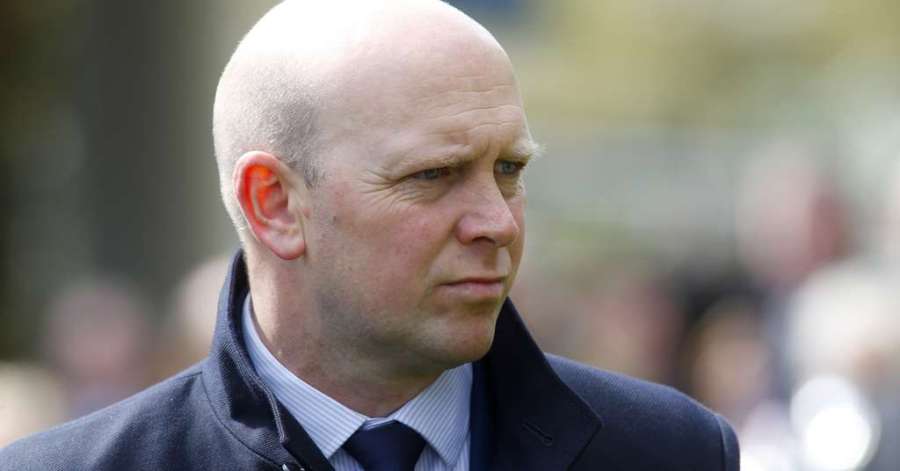 You are a former National Hunt Jockey, can you remember your debut ride and your first winner?

My 1st ride was at Exeter on 8th September 1993 on a filly of M Pipe’s called Elegant Touch. We finished 4th.
My 1st winner was at Hereford on boxing day 1994 on a horse called First Century also for M Pipe.
You never forget your 1st ride & winner! I couldn’t believe how quickly things went on my 1st ride, it was over in a flash!

Having retired from the plate in 2002, how did the job with Sir Michael Stoute come around?

Once I gave up riding I wasn’t 100% sure what to do, I actually went to Newmarket and worked for Sean Woods, first just riding out but then progressing up to be his assistant. In the February of 2002, Sean was approached to train in Hong Kong and obviously accepted so I was looking for a job.

Fortunately Sir Michael’s assistant had just left so I started at Freemason Lodge in March 2002 and had a wonderful 12 ½ years working there. Working with such quality animals and working with one of the best flat trainers there’s been you couldn’t help pick up tons of experience. His eye and patience with his horses is second to none.

Were you looking to go as a lone trainer in 2014 or were you surprised how it came about?

I had looked into going alone a few years before but the costs involved soon had me realising I was going to need the opportunity which I was very fortunately offered to be able to train myself.

.
Being at Kingswood and following Barry Hills, is there added pressure?

Taking over from Barry Hills, who again was one of the best, does bring additional pressure, I’m very lucky that I train for Sheikh Hamdan who sends me some quality, expensive sales bought yearlings & wonderful home bred horses so I’ve been intrusted with plenty and I hope I can repay that trust over the coming seasons

2017 was a fantastic year, with landing some top races.. How are you looking to build on that?

2017 was a great season and obviously we all want to build on that but unfortunately this season we have had a bit of a bug in the yard which has been most frustrating. I haven’t had a runner now for nearly 3 weeks but have entries next week so hopefully we can have a busy Autumn and bang a few winners in before the years out.

.
Do you target any specific meetings for certain horses or just see how they come to hand?

You can plan races for certain horses but I tend to let them tell me when their ready, obviously the Group races pick themselves if you’re lucky enough to have good enough horses to compete in them!

We have heard a lot about a Stable staff crisis, they are the backbone to racing, what is your opinion on this and what can be done to help the situation?

The stables staff crisis is obviously is a major worry for everybody. I think we need to promote the job better, yes it’s long hours and you’re working in all weathers but I’ve known plenty of people who have had the opportunity to travel all around the world with the horses they look after! There isn’t many other jobs out there which allows that.

Great friendships can also be made, some of my best friends are people I met years ago at M Pipe’s & J Gifford’s. Unfortunately there is so much racing now so getting time off isn’t easy, what with Sunday racing, maybe having a blank day twice a month or something could be worth looking into.

What do you look for when purchasing yearlings?

When purchasing a yearling I always look at pedigree and the horse itself. The boss always likes his horses to have a bit of size about them so they can’t be too small. A good walk is essential as well, they must be able to use themselves. Mares who have produced good stock or were good race mares gives you a better chance of finding a winner!

How important are breeze ups for both trainers and breeders?

Breeze ups are helpful, as a trainer you get to see the horse gallop, how it moves and how quick it is! As a breeder you may have not sold as a yearling for whatever reason, you can then still have a chance if the horse has strengthened and matured over the winter well it may produce a good breeze and then sell well in the spring.

If you have a horse to follow for our readers, that would be great…..

I have only ran 4 individual 2 year old so far so have quite a few still to run. A couple of fillies to look out for are, OJOOBA ( ½ sister to Talaayeb & Wadilsafa) & EITHAAR (Kingman/Hathrah) look quality. They won’t be running until October though.

Many thanks to Owen for his time and we look forward to seeing his team land a few races before the season draws to a close.

We would like to wish Owen and his team all the best for the future and for the rest of the year.