We are delighted to bring you an Interview with former footballing flat jockey Jamie Neild, who is now a Conditional National Hunt Jockey. Jamie tells us about crossing the Mersey divide, swapping codes, Splash of Ginge and why he is sponsored by Autism Rocks……

Can you tell us a little bit about yourself please?

It’s a bit of a rollercoaster of a story, I’m sure we will dig into it a bit more now but I’m Jamie Neild, grew up in Liverpool, FAILED footballer now trying to make my way in horse racing!

What is your earliest memory of horse racing?

My earliest memory would be going to my grandfathers of a weekend and picking out 4 horses, placing lucky 15s at the tender age of around 6 haha. He was horse racing mad & went by the nickname of Big Ginge, hence where the “Gingearmy” stemmed from.

If I remember you are part of the Splash of Ginge Team, How is the Legend and that must have been a fantastic journey?

‘Ginge’ was fantastic and definitely a legend in our eyes. He’s enjoying well deserved retirement in the field relaxing with his mates. He was a once in a lifetime horse and a massive reason where I am today.
He really was the people’s champ and it showed by the amount of people that used to follow him on a race day. Even to this day, when I had a winner at Fakenham, I was greeted in to the parade ring by a shout of “Gingearmy” by a local racegoer. We received messages from all over the world whenever he was running, he had fans in England, Ireland, Spain, USA, even as far as Brazil, Hong Kong and Australia, you name it, there would be a Gingearmy flag hanging up somewhere.

He brought so many people together and he sure gave us some serious reasons to party for a couple of days at a time… or weeks!

So why does a former Footballer decide now was the time to become a Jockey?

I was a failed footballer, and it was probably my own fault. I wasn’t dedicated enough and probably not good enough to make it to where I wanted. I hit a crossroads around 18 & didn’t know what to do with my life, I tried university to try keep my parents happy but it weren’t for me and I left after about 10 weeks!

It was a frosty household for a few months but one weekend we were visiting ‘Ginge’ at Nigels yard and afterwards over dinner, Nige, Sammy, Willy TD & Hatchy mentioned I had the right frame to suit being a jockey as a passing joke really. I went home, looked into it, applied to the racing school half heartedly and amazingly got an interview.

You are an Everton fan, but signed for Liverpool… That must have been a hard decision?

I was a young kid at the time and a very bitter blue, my whole family were Liverpool fans and tormented me for years but they were very proud when I was picked up.
I remember one of my first matches for Liverpool I refused to let the kit touch my skin so I wore my Everton top underneath my Liverpool one…. the coaches weren’t impressed!

Are their any comparisons between being a Jockey & a Footballer?

There are a lot of comparisons, I think a lot of things I learned during football helped me pick up horse riding so quickly. Balance, coordination, timing, judgement, communication, along with a lot of others, all key components that help me day to day in this industry.

You went through the BRS, how did you find that experience?

The BRS was magical for me, what they do there is fantastic. 14 weeks in hindsight is not a long time for someone who had literally never sat on the back of a horse like me & yet they managed to somehow teach some clueless Wayne Rooney wannabe how to ride a race horse and survive in the outside world.

I owe them a hell of a lot and I will always sing their praises on how well that place is run. If I can do it, anyone can, I genuinely mean it, and that’s testament to the riding instructors and the entire team, at the BRS! 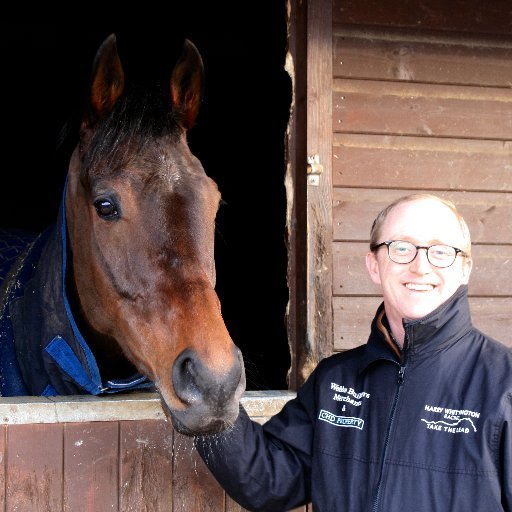 You are now based as a Conditional with Harry Whittington, how have you been finding it?

Me and Harry hit it off from the day I arrived at the yard. I’d left Andrew Baldings and headed to France for a couple of months, I wanted to gain some valuable experience schooling etc to give it a good go National Hunt.
David Cottin, who I worked for in France, was unbelievable for me, had me schooling every different type of horse, from 2yo’s to cross country horses.

I got back to England and had a phone call off Harry, I met him and we hit it off immediately, we both had the same goals and I knew Harry would be the best thing for my career moving forward and it has proved to be the right decision so far.

When did you make your rules debut & how nervous were you?

I made my rules debut on the flat for Andrew Balding aboard a horse for Kennet Valley, called White Turf, at Sandown. The horse was backed into favorite and I gave it an inexperienced ride and finished near enough last.
Some drunken fella told me what he thought of my ride on the way back to the parade ring, he didn’t hold back so overall it was a reality check haha but one that helped me, in a weird way.

I was very grateful for the opportunity & I’ve spoken before how wonderful Andrew Balding & his family were with me in my time there. I spent almost 3 years with Andrew and they were probably the best years of my life, yet alone in racing.
They teach you a lot of life skills there and I’ll always be forever grateful to that family.

What was your highlight of last season?

Last season was a great one for me. I was fortunate to ride my first winner under rules at Ascot on Clarence House Day aboard Townshend & to also have a ride in The Ultima at Cheltenham Festival.
I rode my first winner for Harry since joining his team later that same week aboard a promising horse in Medalla De Oro at Fakenham, topping off an unbelievable Cheltenham week for the team.

I’d have to say, however, riding at Cheltenham, to be amongst so many world class jockeys, on the biggest stage and to run such a massive race aboard Townshend, it was really a dream turned into reality.

What are the aims for the future?

I believe in myself but I’m a realist, and I’d never go about saying I’m ever going to be champion jockey etc. My dream is to ride a Aintree winner, if that’s the Grand National or if it’s on a Thursday night with 100 people there… I’m not too picky!!
I honestly believe I can mix it on the big stage so I’m just out to keep improving as fast as I can and hopefully prove my ability in the saddle.

You are sponsored by Autism Rocks, can you tell us a bit about how that came about & why it is important to you?

Me & my family work close with a couple of organizations like, Autism Rocks & Stamp Out Suicide. I just feel if I can be on a platform to be noticed, I’d rather spread the message for a positive cause and raise awareness to something that touches so close to home.
I was very honored to meet Paul Preston, who runs it, through racing to get this organized and to represent them. If I can represent them for the rest of my career, I will!

Which race would you would like to win & Why?

There’s a whole load of them. The Betfair Hurdle at Newbury holds a bit of my heart because I remember ‘Ginge’ winning it and I’d never sat on a horse at that point & also it’s now my local track, so I’d love to win that.
But Aintree in April is my main goal, it would mean so much to me and I know how proud it would make my family, friends & especially my Grandad, Big Ginge, who was my biggest fan.
He’s sadly no longer with us but I know he’d be there at the winning line.

If you could ride any horse PAST or PRESENT, who would it be & why?

Past, would definitely be SPRINTER SACRE, he was probably the first horse I fell in love with, so I would have love to had a go on him! I would’ve also loved the spin on ‘GINGE’ for obvious reasons. Present would be SAINT CALVADOS… who knows…? (still keeping my fingers crossed for this one!!!)

And finally, can you give our readers a horse to keep an eye out for in the future please?

I might get shouted at for this but…
We have had a lovely horse arrive at our yard called DOCPICKEDME. Supposedly there’s a great story behind his name but we’ll have to wait till he’s a superstar to hear it! Haha

We would like to thank Jamie for his time and wish him all the best for the future. We are sure he will be seen in many winners enclosure in the near future…