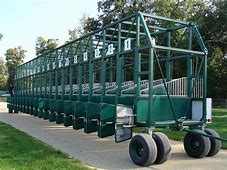 During the last few years there has been an increase in the amount of hot pot favourites turned over in horse racing, let’s have a good look at why this happens.

The first thing to look at is horse’s who are making seasonal return, there has been a fair few turned over when making first start of the year and the bookie make these horses favorite based on previous seasons results, is this a coincidence that a high percentage of these then get beat ??

Well I tend to think that the bookie do this to lure would be favourite backers into wagering on it hence solidifying the price, before being turned over by a more unexposed race fit animal.

Another reason for this is that the horse won’t be fully fit due to having a break during off season or returning from a lay off due to injury. Also the trainer will have a target for that horse as the season progresses and that may not be the first race entered, although some horse’s do win on first run each season and those tend to be in this bracket so it does help if you do your research properly to weed out the false favorites that are touted by the bookie.

The next thing we will look at is horses who are either attempting two or more wins in succession. Now some of these will actually go on to win but a lot depends on knowing the horses capabilities.

I.e is the previous winning distances increasing or decreasing with each run, is the horse going up or down in grade or distance to negate weight increase. Does breeding suggest that the race is within the horse’s range, all these things should be applied to any previous winner before any selection is made.

Horse racing is a complex sport that has many variables that anyone following needs to know inside out if they want to be successful when placing a bet on any race, the bookie is in control of pricing up races and has no intention of giving information that could lead to a heavy loss, as that would be catastrophic business sense and would see them disappear eventually If that were to happen.

My advice on this is simple if you feel a horse isn’t worthy of the favourite tag, look for value against the Fav by looking at the 4th or 3rd horse in the market, as I find when an odds on Fav loses its usually to something that’s slightly better priced. Although you sometimes will see a Fav being beaten by a horse at double figure price and that’s another angle altogether.

Another factor to take into account when trying to find a winner is type of ground, Soft/Heavy is accountable after a period of rain, Good to Soft also comes into play when ground starts drying out after prolonged period of rainfall. Good to firm ground tends to be seen more often during dry spells or during summer months. The only exception to this rule is the all-weather racing as that normally gets reported as standard.

In recent seasons there have been some complaints about the going reported on some racetracks not being accurate, I tend to agree with this, as the ground can change after first couple of races, especially if going is described as Soft to Yielding or Good to soft in places. The ground can open up becoming deeper or described as bottomless or dead after a couple of races. There could be more rain at the track halfway through the card and going can change as a result making it more difficult for those who study the evening before. Now I know you may think I have deviated from the original topic of a favourite being worthy, but all of the above should be applied when studying for each race before making a judgement on whether the Fav should be the price quoted by bookie. I hope you have found this useful in trying to explain why favourites sometimes lose.