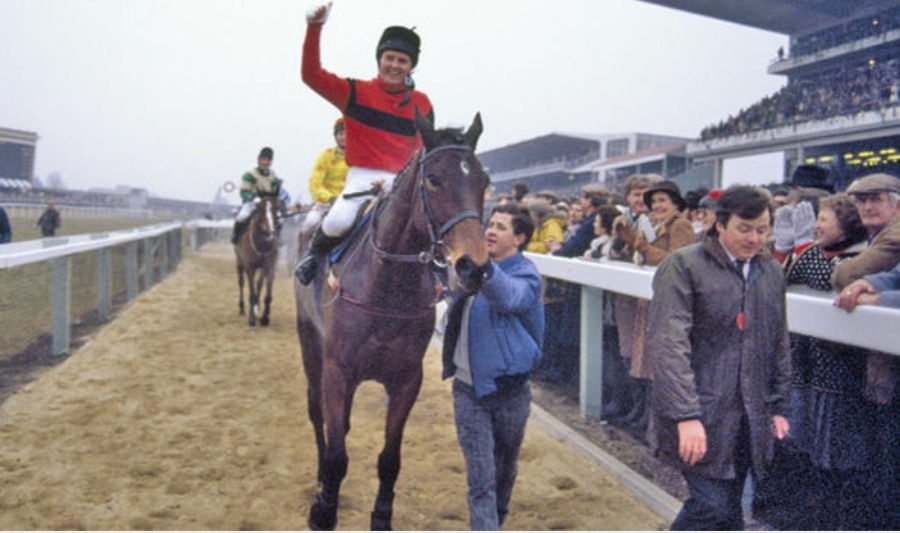 Dawn Run started her racing career as a flat horse, running and winning 3 provincial races, with owner Charmian Hill on board, who was aged 62 at the time. Before turning to hurdling, as a second season hurdler Dawn Run, ran 9 times during the 1984/85 National Hunt season, winning 8 times.

The 8 wins including – Ascot Hurdle(2m) – Christmas Hurdle(2m) at Kempton – both Irish and English Champion Hurdles(2m) – Sandman’s Hurdle at Aintree(2m 5 & 1/2f). The next race created history, when Dawn Run, went over to France to run in the Grande Course de Haies d’Auteuil, the French Champion Hurdle, run over 3m in Auteuil. Dawn Run won the race and became the first horse to win 3 different Champion Hurdle title’s in the same year. At the end of the season, it was decided that Dawn Run, should go Chasing the following season….

The 1985/86 season did not start very well for Dawn Run, during her first start in her debut chasing season she was injured in her first start and was ruled out for the rest of the season. Dawn Run returned to the track at the start of December 1985, winning the Durkin Brothers Chase at Punchestown on her return. She followed up that win, by winning again at Punchestown at the end of December.

Having been entered for the Cheltenham Gold cup, connection’s thought it would be best to have a prep run at the course, but Dawn Run, who wasn’t the greatest jumper unseated normal jockey Tony Mullins( Son of trainer Paddy & brother of Willie) although Tony, remounted Dawn Run, they finished the race last of the 4 runners and the Gold Cup preparations were in tatters…..

Trainer Paddy Mullins decided to change the Jockey and in came Jonjo O’Neill, who had ridden Dawn Run to success at Cheltenham previously in the Champion Hurdle. Going off as Favourite for the Cheltenham centre piece, Dawn Run faced a field of rivals which included 3 time King George IV winner Wayward  Lad and the reigning Gold Cup winner Forgive n’ Forget. After not being fluent in her jumping and making mistakes most of the way round, the favourite found herself struggling against the two seasoned Champions.

Being in behind, Jonjo pulled Dawn Run to the outside to get a clear run, upsides the pair at the last….. as they headed up the hill, one of the leaders stamina was waning and Dawn Run, galvanised by her Jockey, drew along side Wayward Lad and finished 3/4’s of a length in front to win the Gold Cup and become the first horse to win both the Cheltenham Champion Hurdle and the Cheltenham Gold Cup, a historic moment. 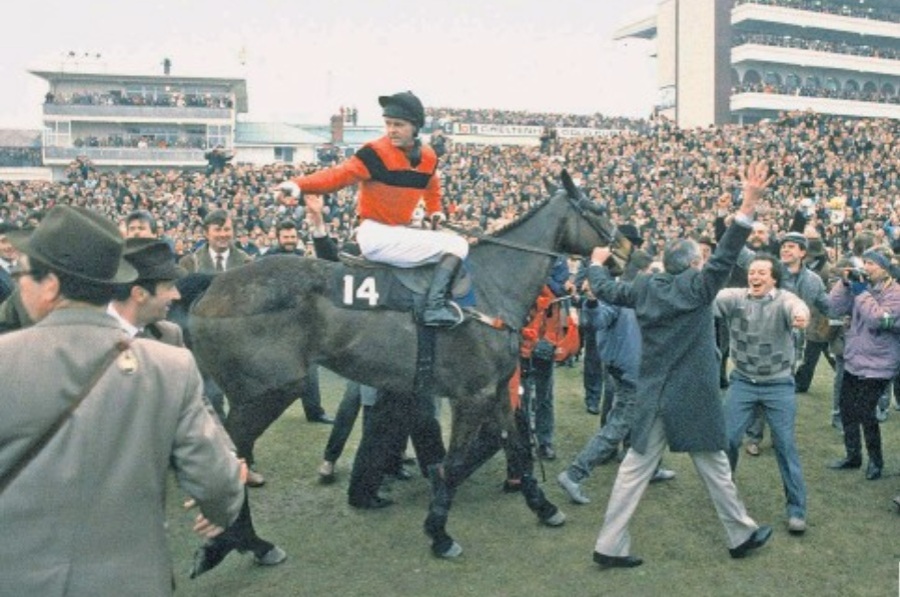 Dawn Run, only won one more race after, having headed to Aintree and fell at the first fence. The win came at her beloved Punchestown, in a specially arranged Match race against Buck House at the Punchestwon Festival.

Connections’ thought of heading to France, to try and regain her Champion Hurdle crown, with a French Jockey on board, this was to be Dawn Runs’ last visit to the race track. Tragedy struck in the race, when Dawn Run, was 5 hurdles from the finish fell and broke her neck, a sad end for the Champion Mare, who is immortalised in a statue in the parade ring at Cheltenham and is still the last Mare to win the Cheltenham Gold Cup. 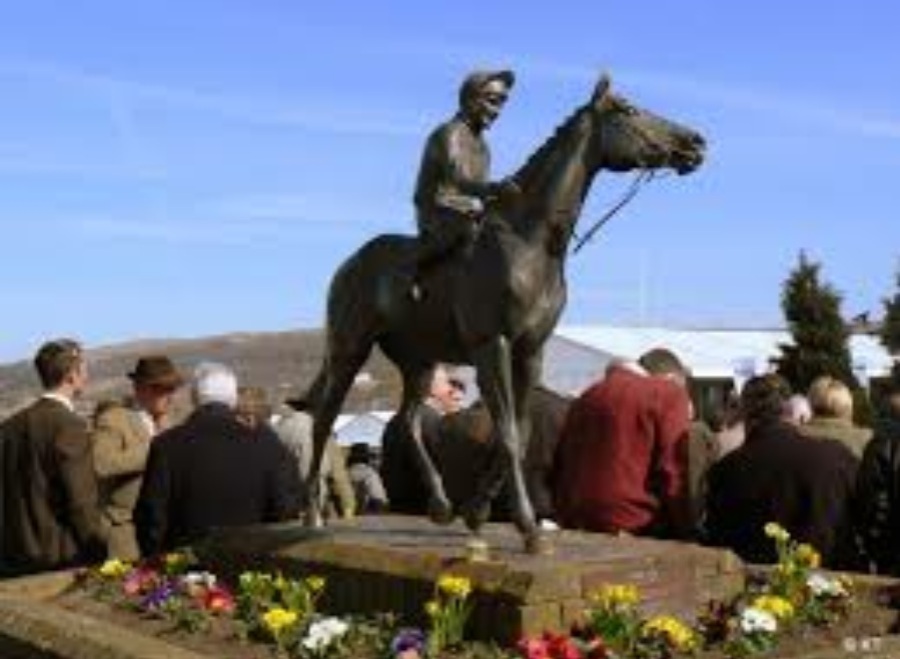 Written by Rich Williams, Words are my own…. Source – The Internet – Facts – The Internet. No copy and paste was used in the making of this profile.