Welcome back! As we mentioned yesterday it is a busy weekend and we will not bore you with the introduction today but be sure you will find NO affiliate links on this Independent website…. 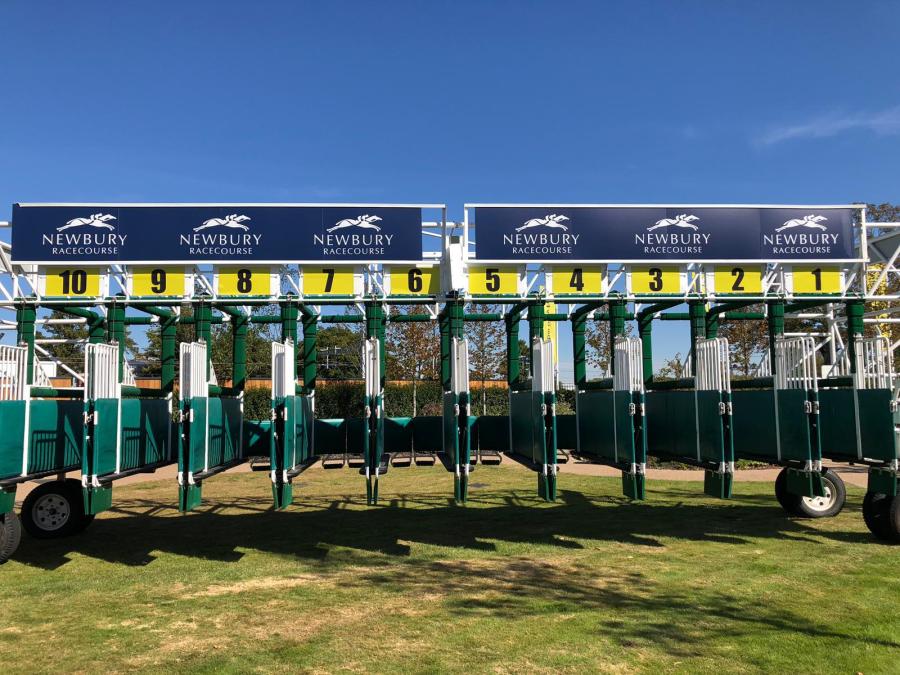 Today we are joined by Chris Price, Jamie is now taking a well deserved break and we look forward to seeing him again soon… If you think this weekend is busy, just wait for the next one!
Charlie will take the lead, Chris will have the middle section while Rich will finish off the post with his Final Word (If your still awake!)

Matthew Flinders -Out of Siyouni and Cascata, was 3rd on debut at Haydock on the 9th June behind Albaflora and Casting Vote. Was sent to Doncaster for next run, on the 30th June when winning over 1m 2f and 43y in a class 5 Novice Stakes, beating First Winter and Thumur. With a similar display today can gain another win, biggest threat comes in the shape of Brentford Hope who won on debut at Newmarket and is out of Camelot.

Verbena -Is a debutant out of Lethal Force and Red Bloom, is a half sister to Senator, Vasily, Masked Identity, Sea The Bloom and Raconteur. On paper that looks a decent bloodline and could gain a win at first time of asking.

Nahaarr – Has won 4 times from 7 starts, the wins came at Doncaster, Lingfield, Newmarket and Chelmsford over distances of 6f to 7f. Today’s race is over 6f and trainer William Haggas has his string in top shape at the moment. Although Nahaarr is 15/8 favourite for this race the next horse in betting is Silent Echo at 11-2 and that price difference says it all. 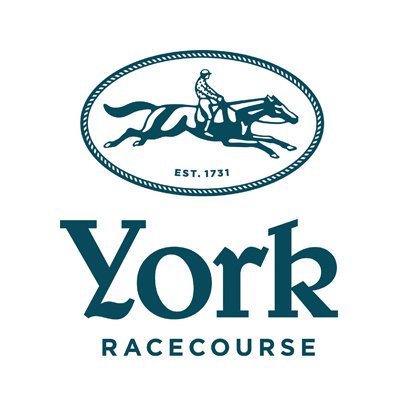 3.05 Summer Fillies Stakes (Group 3)
Royal intervention progressed through the ranks last term, landing this race twelve months ago before Group 2 success in Germany. Things haven’t gone to plan in two starts this season, 7f doesn’t seem to be her trip and then the softer ground appeared to go against her after a break up at Haydock last month. Connections will be hoping for underfoot conditions as fast as possible and holds solid place claims if so, with several bookies paying 4 places at a double figure price.

4.00 Marsh Cup Handicap
Moon King rattled off a five-timer last summer and seemed in fine fettle when winning on his seasonal reappearance at Haydock six weeks ago over this trip. A combination of the quick turnaround and the extreme test appeared to go against Moon King 8 days later, when finishing midfield over 2m 4f in the Ascot Stakes. Now only 2lbs higher than his Haydock win and versatile regarding ground, there could still be plenty more to come over this trip. Again, shop around as some could pay four Places if the race doesn’t cut up. 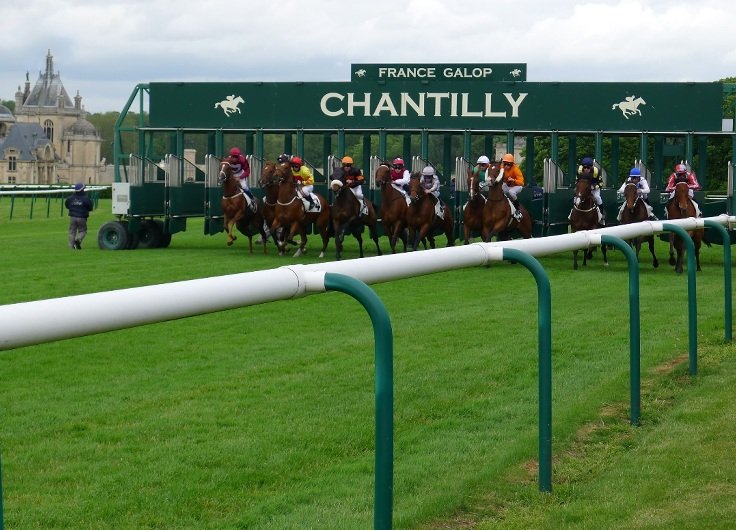 I have drawn a line through yesterdays run & today is a new dawn as always….. I have covered Chantilly & Curragh for you….

Isle of White – Siyouni x Dardiza (Street Cry) was 2nd on race course debut over C&D on June 10th beaten by 1 length from Rougir, who has won again since along with 3rd & 6th… PS – Yes I am from the Isle of Wight!

The Lir Jet – Prince of Lir Colt is just one of 4 horses in the field and is looking to add another Group 2 after landing the 5f Norfolk Stakes at Ascot by a neck on June19th from Golden Pal, having won by 2 & 3/4 lengths on debut in a Class 5 5f Novice Stakes at Yarmouth on June 3rd…
The DANGER could come from Axdavali, who despite only 1 win in 3 starts was a LTO runner up in the Group 3 Prix Du Bois 5f at Longchamp on July 2nd….

Golden Crown – 3yo Siyouni x Forest Crown (Royal Applause) filly has finished runner up on her last 3 starts since May. Beaten a head by Simeen, who is now a Listed winner on May 13th over C&D. ON May 31st, 2nd again by 1 length in a Deauville Listed 1m contest by Miss Extra and the same result again LTO in the Group 2 Prix Sandringham over C&D by 3/4’s of a length, with the front pair 2 lengths clear of the field….

Persian King – 4YO Kingman x Pretty Please (Dylan Thomas) Colt landed the Group 1 Poule D’esai Des Poulans in 2019 & was runner up to Sottaass in the Group 1 Prix Du Jockey Club last season. Made his season return on June 10th, finishing a short head runner up in the 1m Listed De Monseratout Stakes to Magny Cours, who landed the 1m Gala Listed Stakes at Sandown on June 5th, while Persian King went to Saint-Cloud in the 1m Group 2 Prix Du Muguet, winning by 1 & 1/4 lengths on June 25th… 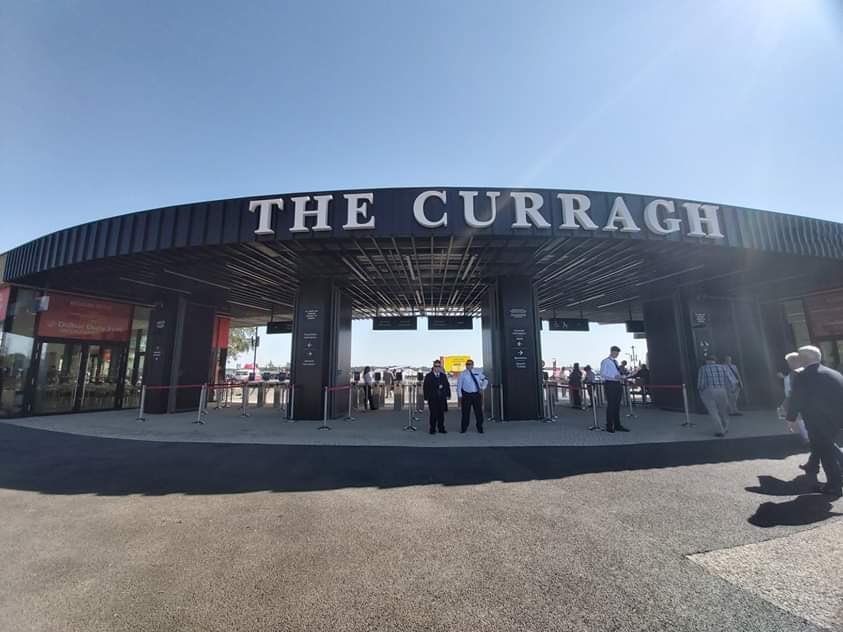 The Curragh – Good, Good to firm in Places….

Frenetic – Kodiac x Mooja ( Forest Wildcat) is 2 from 2since winning a Navan 5 & 1/2f Maiden by 1 & 3/4 lengths on June 10th from Mother Earth (DANGER in this race), who is a Group 3 winner from Naas on July 3rd. Frenetic landed the First File Listed Stakes 5f at this course on June 27th by 5 lengths….

This race is likely to be between A’ali & Make a Challenge, so lets look at them both….

A’ali – Society Rock x Motion Lass (Movitavor) 3yo colt is a 3 time Group 2 winner and landed the Group 3 Sandown 5f Charge, when beating Liberty Beach by 1 length last time out on July 5th and has won 4 times over 5f…..

Make a Challenge – Invincible Spirit x Crindine (Street Cry) 5YO gelding has run 15 times in his career, A’ali just 8. He has won 4 times from 6 races at this course including 2 from 2 over C&D, with his only defeat over 6f to Speak in Colours in the Group 2 Greenlands Stakes by 3 & 3/4 lengths. He is a dual Listed winner in 2020, having won the Naas 5f Sprint Stakes on return(June 20th)by 1 & 1/2 lengths & LTO when winning here over 5 & 1/2f in the Midsummer Sprint Stakes on July 10th…
RF anyone?

Lemista – Ravens Pass x Shortmile Lady(Arcano) 3YO Filly has since winning her maiden (3rd attempt) at Gowran over 1m back in October 2019 has blossomed.
She landed the Naas Fillies’ Group 3 Park Express 1m by 3/4’s of a length in March before making it 3 wins from 5 starts on June 19th at Gowran, when a ready 2 length winner in the 1 & 1/2m Victor McCalmont Memorial Stakes (Fillies & Mares’) from Come September…

That is everything for you today folks…. Thanks for popping by….
Remember to keep stakes small or just watch the fantastic action on TV….

Our #FrankelBook is open to enter, just visit our site & Tweet your answer to @FunkyAOL2 using the #FrankelBook…..

All the Best – The Arseonlineracing Team