Hello and welcome to arseonlineracing. A 100% independent racing website with NO affiliate links. This website is curated by 2 racing enthusiasts from either end of the British Isles. Charlie hails from Glasgow, while Rich is from the Isle of Wight… Miles apart but united by the sport of kings… 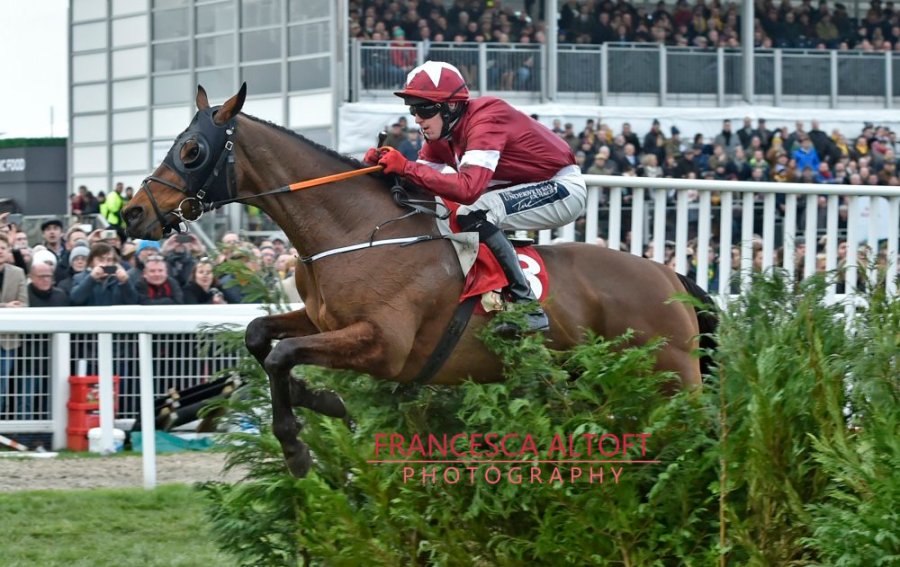 Here we are again, 12 months on from Tiger Roll winning the National and is back to defend his crown & to try and become the first horse since Red Rum to land back to back Nationals….

It’s not your usual Saturday blog as we have special guests with us today, alongside our resident NH writer Chris Price, we are delighted to have Lee Mackenzie(Talksport2) from the radio….

Charlie will kick us off, Chris has his thoughts on todays meeting, Lee chips in with his National thinking & Rich will as always, have the Final Word…

Aintree 2.25 – Angels Breath was a big dissapointment at Cheltenham finishing a well beaten 7th over 2m. Raced a bit keen for my liking and didn’t like the ground at all. If taking that run out of the equation Angels Breath has some nice form in the book having finished 2nd at Kempton in a Class 1 Group 2 Novice Hurdle over 2m in the run prior to Cheltenham and winning at Ascot in another Class 1 Group 2 Novice Hurdle over 2m in the race prior to that 2nd attempt Kempton. If repeating the form shown in those two races could easily bounce back here for Nicky Henderson and get his season back on track.

Well that’s my thoughts on today’s selections, good luck if following and please remember to keep stakes small so it doesn’t hurt your pocket. I will now hand you over to Chris for his thoughts on today’s race’s and finishing up with Lee McKenzie and Rich’s Final Word section.

The showpiece event of the national hunt season is once agains upon us and I’ve gone for 3 chances with many firms offering extra place concessions. Firstly I’d love Tiger Roll to put bring the roof down and land the race again, but with the extra weight and very unappealing price I have to look elsewhere.

Trends I tend to focus on are the strong record of horses aged 8 and 9 in recent years, while horses having their first attempt at this contest come out better than those who have made multiple appearances. Form in races of 3m+ is also a big positive. First up is Vintage Clouds who ran an eyecatching race in the Ultima last time after a wind-op and immediately got my attention. With his low weight he looks set go well for Sue Smith, who won this in 2013 with outsider Auroras Encore.

A favourite of mine is Rock The Kasbah, who can be hit and miss, but has some smart form in contests over 3m+, including when landing a typically competitive handicap at Cheltenham in November. This has been the plan for some time, and while the break isn’t necessarily a positive given the trends, he nearly always goes well fresh. If on a going day, he could run a big race at odds around the 20/1 mark and give Richard Johnson a deserved first win in the race at the 21st attempt.

Finally I’m having a look and taking my chance with an outsider who could make the frame if it all drops right. Singlefarmpayment has been desperately unlucky in several handicaps over recent years, but his record over fences now reads 1 win from 14 starts. A mark of 145 allows him to be competitive, and he’s the strong travelling type who could just relish this new test. Whilst I wouldn’t be totally confident if he was in a battle going past the elbow, a place (or possibly better) would not surprise at odds of 66/1 at the time of writing. 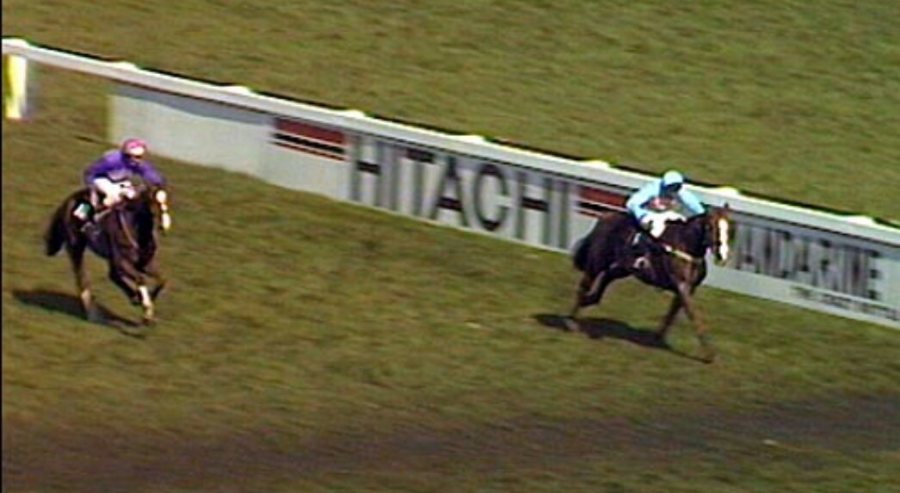 GRAND NATIONAL 2019 – Lee McKenzie
First and foremost, the Grand National is a race where specific core values crop up time and time again, so data on previous winners and placed horses is even more significant than usual. I like horses that have been placed in races at 3m4f plus, have a weight up to 11 stones (though I will allow an additional pound or two for the right horse), aged from 8 to 12 and (surprisingly perhaps) high-class form as a young hurdler.

This year, RATHVINDEN is the chief box-ticker and must be my selection. Statistically his credentials are outstanding – he also won the Bobbyjo Chase impressively, and that has been a huge trial in recent years.

Last year’s Grand National winner, Tiger Roll, has a sporting chance of completing the double, though his odds are short and he will be carrying a bigger weight this time. He was brilliant to watch in the Cross-Country Chase at Cheltenham, but the other finishers there would be beaten out of sight in the National and his low-jumping technique isn’t ideal for Aintree – though less of a problem than it would have been in the past. It depends whether you think the positives outweigh the negatives.

Anibale Fly is one of the most likely to run his race, with two places in the Cheltenham Gold Cup and fourth in the 2018 National to his name. He is a classy performer. Top weight is an issue but it’s hard to see him not making his mark. Regarding last season’s race, Valseur Lido ran well until fading at the last fence, and a much lower weight this year gives him an each-way chance at at massive price.

Given my preference for horses with proven staying ability, long-distance winners Joe Farrell, Dounikos and General Principle would be two to consider, along with horses that have finished close behind them on those occasions, but my favoured alternative to Rathvinden is REGAL ENCORE. He seems to pull up as often as he places, but many of those races have been at Cheltenham (which clearly doesn’t suit him) or after he has made a jumping error.

If you need convincing of his case, check out a replay of the 2017 Grand National. Miles behind for most of the race (he’s so far back it’s hard to spot him – look for JP’s green and yellow hoops with a red cap), he made good headway and was almost in touch coming back onto the racecourse before flattening out to finish an honourable eighth.

It looked a perfect sighter for last year’s race but he was pulled out on the day with a minor problem. This year he ran a fine trial at Ascot and at 66-1 is a fun outsider with a live chance of outrunning his odds. 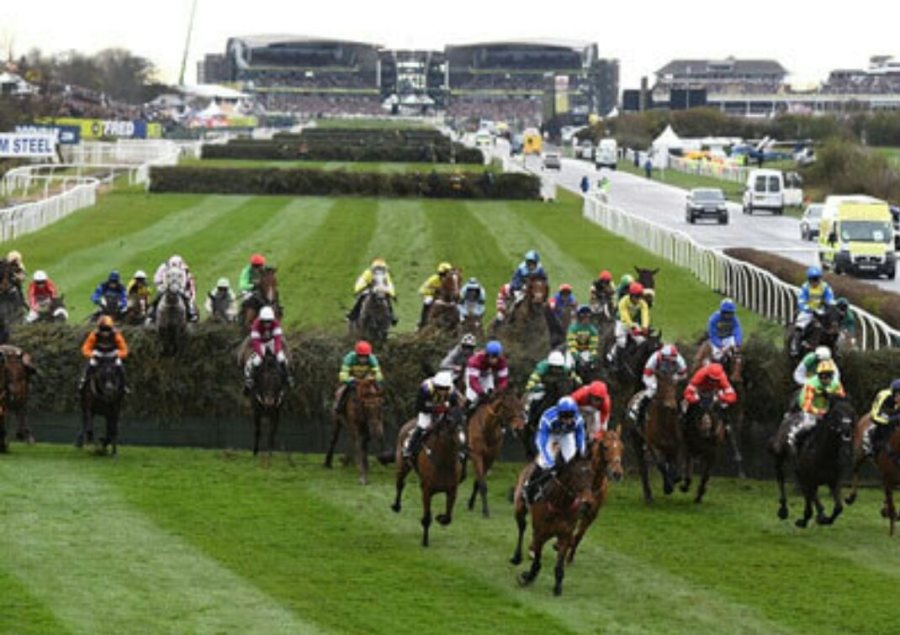 Thanks guys, a massive thanks to Chris for this week and for his NH Diary and we look forward to the final part very soon….Lee for his thoughts today & for his Cheltenham contribution too…. I have a few at Aintree & the Guineas Trials at Leopardstown….

Chosen Mate… Has run 3 times this season, winning twice all 3 runs over 2m in Ireland. Finished runner up in a 2m Listed hurdle at Punchestown by 3/4’s of a length on February 10th before landing a Naas 2m Grade 2 hurdle by a nose on February 24th and now steps up in trip….

Us and Them… Runner up in his last 4 runs, twice to Le Richeboug and again last time out at the Cheltenham festival in the Arkle by 13 lengths to Duc Des Genievres…

Apples Jade…. Looking to bounce back from a below par performance in the Champion Hurdle at Cheltenham last month. Has won 2 from 2 over 3m’s and won here in 2017. Also has a 7Lb mares’ claim….

Jury Duty…. Has had one run this season, 3 weeks ago at Down Royal in a 3m 2f Chase winning by 6 & 1/2 lengths from Mala Beach. A Grade 2 Chase winner and has also Placed in Grade 1 company…

I will also be having a personal bet on…. Bless the Wings… Walk in the Park & Vintage Clouds!

Lancaster House…. Aidan O’Brien new comer, who is from the family of New Approach. The Filly is sired by Galileo and out of Oasis Dream Mare Quiet Oasis…

Zarandi….  Dermot Weld new comer, who is a Scat Daddy Colt out of Mare Zaralanta(Danehill Dancer) and is half brother to Zoravan(winner of 7f & 1m races) and Zamroudpour( 1m 4f winner)

Madhmoon…. Dawn Approach Colt, who was 2 from 2 last season for Kevin Prendergast. Having won over 1m at this course and was last seen winning the Champion Juvenile Stakes(Group 2) by 2 & 1/2 lengths from Broome…

A BIG thanks to Chris & Lee for their thoughts today and for the Cheltenham work this season… To you all for taking the time to read this…. And for popping by!

The best result of the day is all the horses & jockeys coming back safe at the end of the day…. GOOD LUCK to everyone & thanks to all the staff for their work this season…

Tiger Roll….. Picture by Fran Altoft( Link to website on our Welcome page)