Hello and welcome to arseonlinetips, a 100% independent racing blog brought to you from 2 racing  enthusiast’s from either end of the UK. Charlie hails from Glasgow, while Rich is from the Isle of Wight. Miles apart but united by the sport of kings….

What a start to the jammed packed weekend, with the end of the St Leger meeting and the start of the Irish Champion’s weekend, which heads to the Curragh today & their is a tasty card over at Longchamp, where they are holding Arc trials day!

We will start this blog as always with Charlie’s Selections while Rich will have the Final Word….. So let’s get started!

Main Edition -Winner of 4 races from last 5 starts over 6f to 7f. Wins have came in Group 3, Group 4 and Group 5 company with the only blip being in Group 2 territory two starts back at Newmarket when finishing 7th. Latest victory came in a Class 1 Group 3 race at Newmarket over 7f when beating La Pelosa by 1 and 1/4 lengths. Main threat to my selection comes from the Aidan O’Brien yard who have 3 entered here Just Wonderful who won here over 1m last time out and is partnered with Donnacha Obrien, Zagitova has Ryan Moore on board who was 3rd to Skitter Skatter last time out here over 1m. The last one is Hermosa who was 6th here last time out and has Seamie Hefferman on board. This looks a tricky race although I feel the Johnston and Dettori combination could be the answer in this trappy race.

Solar Echo -Has one win and two 3rd places from last 3 starts. Was 3rd over 1m 1f at Wolverhampton in a Class 5 beaten by 2 and 3/4 lengths by move swiftly in July. Was sent to Sandown next and won a Class 5 handicap over 1m 1f beating Dreaming of Paris by 1 and 1/2 lengths in August. Most recently was 3rd at Newmarket to Matewan by 2 lengths over 1m 2f  in a Class 4 handicap. Should fair better here as this race looks easier than last time out when not getting a clear passage and a bold display is expected.

Thanks Charlie, unlucky yesterday but as I said Form is temporary!

I am covering the BIG races for you today at the Curragh & Longchamp, with this column having 4 winner’s yesterday, it’s safe to say it wasn’t a bad day at all….

Eziyra won twice last term before winning on her season return in the Group 3 Ballyroan Stakes from Stellar Mass and then finished 3 & 1/4 lengths to Sea of Stars, when 3rd in the Yorkshire Oaks. 4th place Horseplay has since finished runner up by a neck in the Park Hill Stakes at Doncaster this week….

Skitter Scatter is a Scat Daddy filly, who I mentioned a while back. She finished 3rd in March on debut over 6f at Dundalk before winning at that course in April over 6f. A 3rd place soon followed in a Naas 6f C1 Listed race before she had a break in May. On returning she finished 3rd again in a 6f Group 3, beaten 1/2 a length by So Perfect no July 1st. She was then stepped up to 7f at Leopardstown and duly landed the Group 3 by 1 & 1/2 lengths before making it 3 wins from 6 runs when taking the Group 2 contest over C/D by 2 & 1/4 lengths on August 24th. Now steps up into Group 1 company….

All eyes will be on Aidan O’Brien and his new kid on the block Anthony Van Dyke, who has won the last 3 runs including a 1m Maiden before taking the Leopardstown Group 3 by 4 & 1/2 lengths and then made it 3 on the bounce when winning on August 26th over C/D by 1/2 a length from stable companion Christmas..

British raider Quatro is unbeaten after winning a Newmarket 6f Novice Stakes on debut in July by 2 & 3/4 lengths. Stepped up to 7f and Group 3 company landing the Superlative Stakes at Newmarket….

Those two are likely to be the main market leaders, but I wouldn’t dismiss Christmas, whose last 4 runs read 2/1/1/2…..

Idaho has finished 6 lengths behind Stadivarius on the last two runs over this distance to finish 3rd in the Goodwood Cup & the Lonsdale Cup at York.

Latrobe for Joseph O’Brien was in fine form stringing a couple of wins together including the Irish Derby and has to be taken seriously, despite running poorly in the International at York & now steps up in trip.

Flag of Honour is the one I like, having won the last 2 runs and is 2 from 2 over C/D, winning the Trial for this race last time out and 5th place Thomas Hobson has since won the Doncaster Cup…..  Finger’s Crossed!

We are now off to Longchamp….. 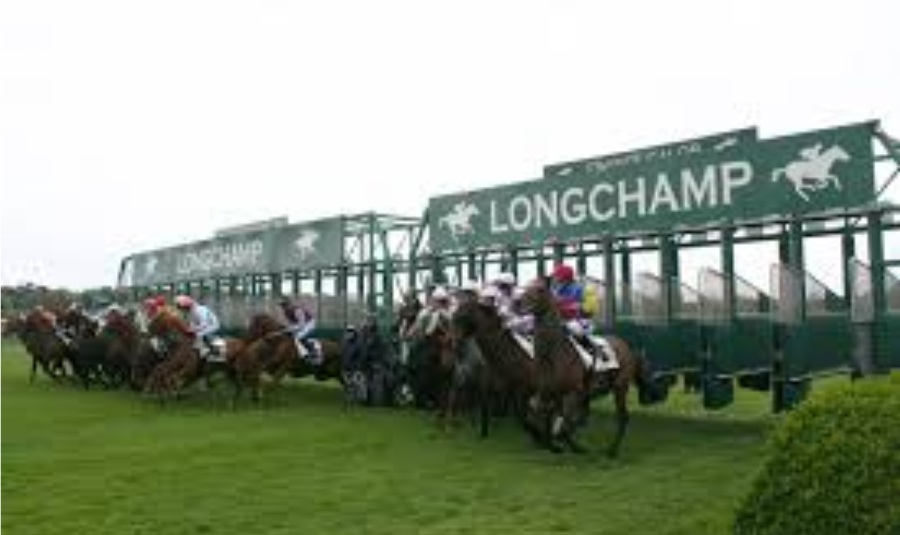 Kitesurf is 2 wins from 4 runs this season. Winning on season return and again last time out when landing the Prix De Pomede by 3 & 1/2 lengths, with God Given back in 3rd who has since won the Park Hill Stakes at Doncaster….

Capri was last seen winning a Group 3 at Naas in April by a head from Cannonball and has missed most of the season with injuries but now last season’s St Leger winning returns and that form has been the key all season, with Capri finishing ahead of Crystal Ocean(not Hope) Stradivarius, Rekindling, Coronet & Defoe…..

But nothing should be taken for granted as Waldgeist has won the last 3 runs including the Prix De Saint-Cloud Group 1 while Talismanic was a last time out winner in the Group 3 Gontaut-Biran by 2 lengths….

Neufbose won the first 3 starts including the C/D Prix Du Lys on May 27th before finishing runner up last time out in the Prix Paris Group 1 by 1 & 1/4 lengths to St Leger winner Kew Gardens, form boost!

That is all today folks, thanks for popping by & your continued support, we will not disappoint you….

We are looking forward to publishing another Interview tomorrow after racing!