Happy New Year and welcome to the first blog post of 2018 and the return of The Peoples Nap….. For those of you who are unaware what the PN(as I call it ) is…. I will explain. The PN is a poll, run from Rich’s Twitter account (@FunkyTipsAOL2) Posted the evening before for racing the following day. The WINNER of the Poll is The Peoples Nap * if the PN choice has over 50% and is a NON Runner, then the Poll is Void*.

OK, now with that out of the way, we shall begin the first blog of 2018, with the PN Choices .

You Say What – 5th on seasonal reappearance over C/D back in early November. Improved for that run to win over C/D at the end of November in a Class 3 Handicap Chase by 6 lengths. Returned to this course, when stepped up to 3m 6f, to finish runner up to Yarmare, also in a Class 3 Handicap Chase when running under a penalty. Beaten that day by 3/4’s of a length, with the 4th place that day winning since. With testing conditions likely and a run over further last time out, the drop back in trip should hold no issues for David Pipe’s Milan Gelding – 9/4

Volcano – Won on NH Flat race debut at Exeter over 1m 5f by 3 & 3/4 lengths from Acey Milan, who re-opposes again today, having since won by 9 lengths at Wincanton. Volcano is trained by debut season Trainer Christian Williams, who has a Strike Rate of 25% in NH Flat races, with 2 wins and 2 places from 8 runners – 3/1

That covers all that nicely….. As you may have noticed, over the last few days during the Festive period, we have been blogging with Final Word and this is the first edition of Final Word of 2018 (These are not included in Profit or Loss & are for note purposes only)

Final Word – With Charlie and Rich

Rich – I shall kick us off at Prestbury Park or Cheltenham, as it is more commonly known to you all & the opening race – 12.15 – A Class 1 Listed Novice Hurdle, run over 2m 4f. I quite like the look of Aye Aye Charlie, who finished 3rd to On The Blind Side by 8 & 3/4 lengths on hurdle debut at Aintree back in October. Was last seen at this Course, falling 3 out when in contention, in a Grade 2 Hurdle, which was won by ON The Blind Side(Grade 2 winner) with Momella 2nd(Class 2 C/D winner) and stable companion Poetic Rhythm 3rd( Grade 1 winner). Trainer Fergal O’Brien has a 42% SR over the last 14 days, with 3 wins & 2 places from 7 Hurdle runner and stable jockey Paddy Brennan is on board today.

Charlie – 2.35 Arthur’s Gift -Winner of last 3 runs including here over 2m 7f latest, if repeating that again here should take this race and assert his place although has been raised 6lb his jock claims 7lb and that puts him bang into calculations here biggest danger is Red Rising from the Skelton yard.

3.10 Colin’s Sister – Stays 3m and a return to 2m 4f shouldn’t be a problem as has won over 2m 3f before, sets the standard here and looks the one to beat in this race with the main danger being the Paul Nichols trained Old Guard.

Before we leave the NH cards, Rich has a quick mention for one over in Ireland at Fairyhouse, Willie Mullins has Redhotfillypeppers, making hurdle debut at 12.55, having finished 3rd in a 2m Navan Listed NH Flat race to Crackerdancer, with the front 3 12 lengths ahead of the rest and Crackerdancer has since won again, by 25 lengths on hurdle debut. 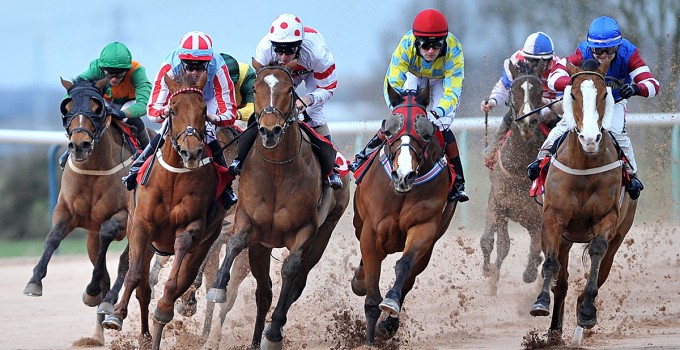 There is only ONE AW weather card today and that is at Southwell….

Rich – It seems strange having Gabrial’s Star(1.10) in a Claiming stakes contest, but having won last time out in a claiming race over 1m 6f, he will be looking to add another to his tally, now dropped back to 1m 4f, able to run from the same mark as on December 23rd and with stable jockey Tony Hamilton on board, if given an early lead, he could be well clear with a 100yards to go.

Razin Hell(1.45) won this race last season(Class 3, 5f Handicap) by 1/2 a length from a mark of 83, now rated 80 and warmed up with a C/D runner up spot last time out. Only beaten by a head  from Tilly Trotter and is able to race from the same mark…

May we again Wish you ALL a very Happy New Year and here’s to another, thanks for supporting us in 2017 and let’s look forward to another cracking year in 2018

All the Best – Charlie and Rich