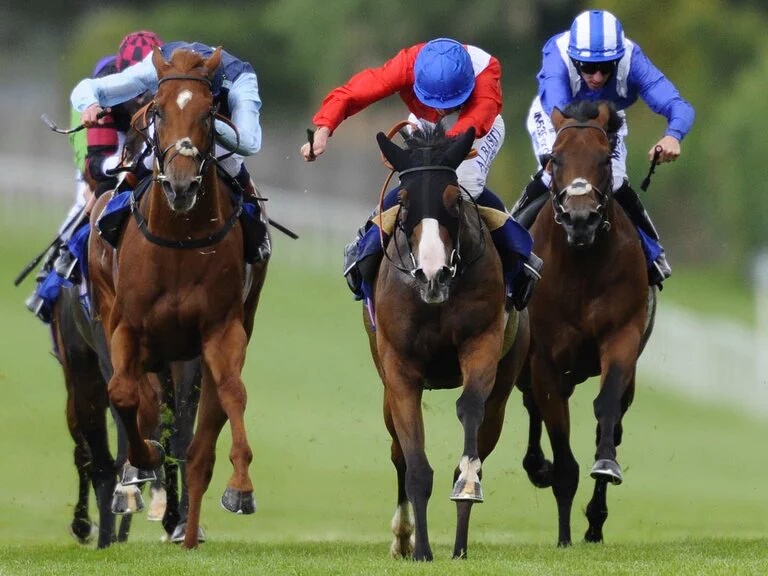 With no PN since 1st of the month, when we had a winner & a nice couple of days with the family, Monday’s cards I found 4 I really liked, 2 were under evens, 1 was a non runner so I decided not to run a PN …. But I am back, the PN is back, so after a good look through the cards, here are the 3 choices –

Golden Salute – 7th on Windsor debut, dropped back to 5f to win a class 5 maiden at Windsor & last time out to win a class 4 novice stakes by a head, makes nursery debut & back up to 6f – 5/2

State Sovereignty – Had been running in 2m NH flat races prior to switching to the flat, had finished runner up on both Flat starts prior to winning last time out by 19 lengths at Catterick in a class 5 maiden, makes handicap debut off an opening mark of 77 – 6/4

Cheers Rich hope you had a great time with your family, it’s nice to have you back onboard bud, anyway enough of the niceties let’s get down to Monday’s performance:

Iconic Sunset – Selected on Sunday evening along with my other 2 selections, but was withdrawn when I woke up on Monday morning to finish writing blog before settling off for work, with no replacement selection. Stake refunded

With Approval – Was my last throw of the dice and after being well backed from the 7-1 I took to the eventual winning sp of 100-30 finally gave me something to cheer about on a difficult days racing. Now that’s the results out the way let’s crack on with Tuesday’s selections listed below.

Avenue Of Stars –  Hasn’t been in best of form recently although did show signs of promise last time out at Pontefract when 4th over 6f in a class 5 handicap. If in same frame of mind a similar run here could be enough to take this race.

Nezar – Won at Wolverhampton in April over 6f, was then 4th at Ascot in May over 6f. Next was sent to Brighton and was 2nd over 5f. Races off same mark here now back on the all-weather and was a good 2nd last time here in March and if repeating that can take this race.

Well that’s my thoughts on Tuesday’s races, good luck if following and please remember to keep stakes small so it doesn’t hurt your pocket. I will hand you back over to Rich for his final word

It’s hard to believe that I joined this blog 1 year ago this month, so much has happened, so many people trying to undermine the good both myself, Charles & the other’s we are associated with. Let me tell you guy’s straight, yes we have made mistakes(for the billionth time) but don’t we all. Things were said in the heat of the moment and that was, well a tad silly to be honest…. I don’t bare grudges, so consider that to be the end of the matter… 3 Furlongs Out Magazine, had over 13,000 views in just 2 days, so we all must be doing something right & I know that myself & Charlie are proud of the work we submit for the magazine. Now with the removal of the affiliate links from Social Media, we have a different task, of trying to make the magazine self running, purely through advertising! Anyway enough of my JIbber Jabber, let’s see what missed the PN cut –

At Goodwood, Showroom(2.20) makes race course debut, the Motivator colt already has some high profile entries for this year & next, so must be noted & may well enter the tracker, meanwhile at Hamilton Retribution(2.25) Could run better with a return to softer conditions, which saw a head defeat on season return before a 1 length 4th at Yarmouth on firm ground, also Made of Honour(4.45) makes handicap debut after 97 days away from the track, winning last time out over 6f at Ayr by 3 & 1/4 lengths & finally, I noted 2 at Kempton(6.20) Pturmigan Ridge, who was 2nd & debut & winner has won again & a Frankel Filly called La Figlia, who could be one to note in the future!

Thanks for reading folks, take care & remember to only bet what you can afford to lose & if you don’t fancy anything…. Then don’t bet!